CP Plus going Vocal for Locals 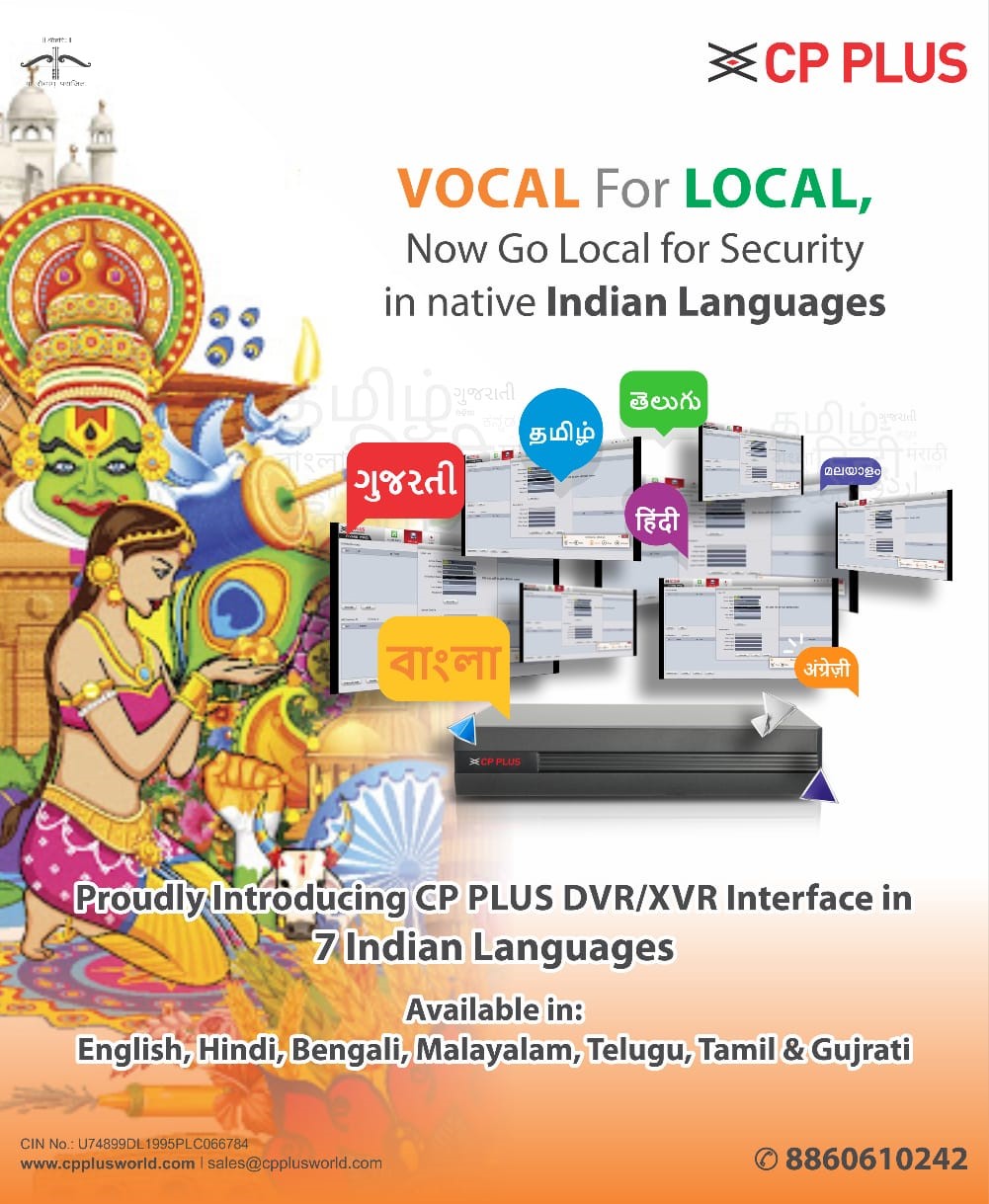 Introducing the feature of the decade, CP Plus, the nation’s brand, recognized the imperative role that the local languages play for the native across the different regions in the country. Under the ‘Vocal for Locals’ initiative, CP Plus promotes going local for security in native languages when it comes to understanding your product, especially when the product is a Digital Video Recorder (DVR). This new feature has been integrated into the CP Plus Orange 4.0 DVR.

On top of English, 8 additional Indian languages have been integrated into Orange 4.0 DVR so that the DVR Local and Web interface can be accessed in Indian languages by the natives in every part of the country.

The languages that have been integrated are:

“For a land that is known for its plurality and diversity, just one language cannot be enough when it comes to securing our homes. Understanding the need of its users everywhere in India, CP PLUS has enabled people in every corner of India to use their surveillance solution in their native language” - Yogesh Dutta, Chief Operating Officer, CP PLUS

The additional features that have been added in the DVR on top of the integration of native languages are: